Our team members here at Rosita Ratfishoil® are astonished to see the amount of dis-information about ratfish liver oil, and other liver oils for that matter, put out there on the Internet. It is amazing to see how far some companies are willing go to sell their products by deceiving people who simply want to improve their health. Some of these sellers purchase their livers on the open market or from brokers - and then persuade others that they are selling the “gold standard!” They try to achieve sales by generating lies and dis-information about their products and other products on the market. A perfect example of this is the confusion surrounding ratfish liver oil and skate liver oil. Their customers have been told, or more appropriately convinced into believing that skate liver oil/skate fish liver oil is the same as Rosita Ratfish Liver Oil ™. 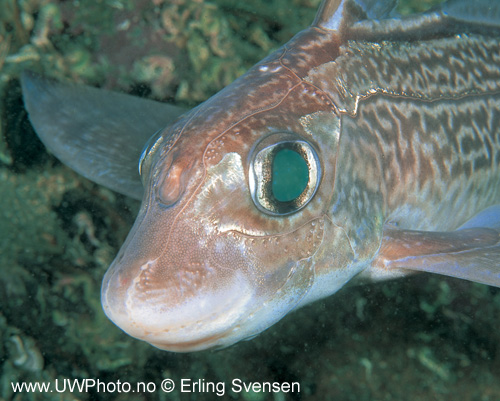 Ratfish liver oil is obtained from the liver of the fish shown in the picture on the right. The Latin name is Chimaera monstrosa Linnaeus, an extraordinary fish found in all the world's oceans, close to the bottom, at great depths, with a reported maximum depth of 1,663 meters. The ratfish is therefore a bottom-feeder. There is very limited fishing for this species of fish, which are not a popular food source. The liver of the ratfish is very large, constituting approximately 60% of its total body weight, and contains an exceedingly high proportion of oil. The oil content is around 60%, but can in some instances be as high as 80% of the wet liver weight.

We use cookies on our website. Some of them are essential for the operation of the site, while others help us to improve this site and the user experience (tracking cookies). You can decide for yourself whether you want to allow cookies or not. Please note that if you reject them, you may not be able to use all the functionalities of the site.